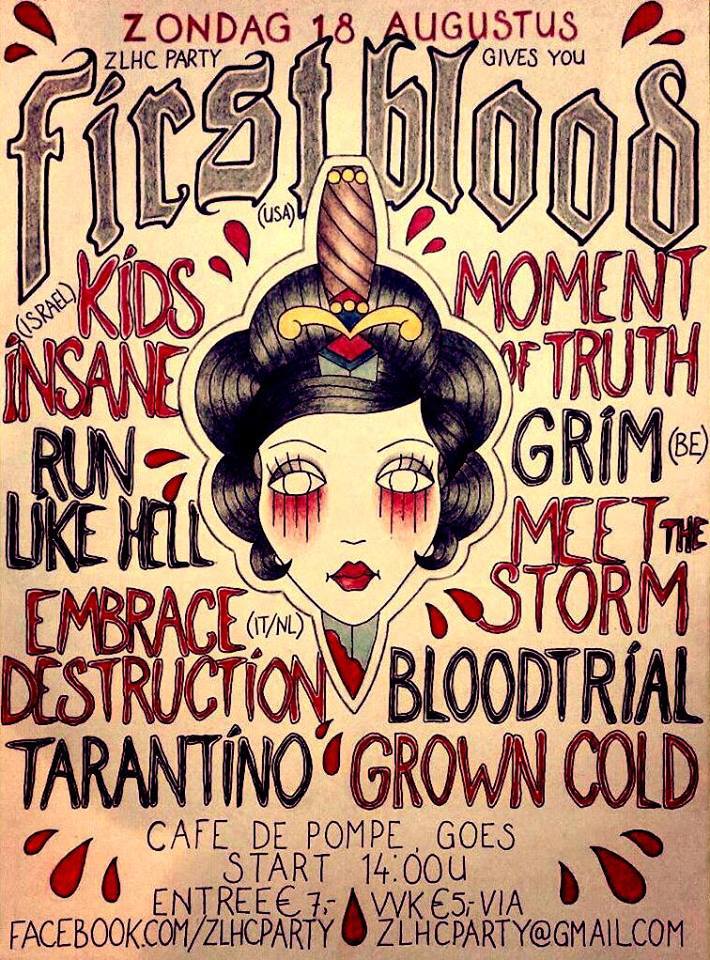 Sunday the 18th of August 2013 marked the 5th anniversary of ZLHC Party’s Summerfest at Rockcafé De Pompe in Goes, The Netherlands. Now we could give you an extensive write-up on how there was a packed house in a small venue with no stage, how Grown Cold got the first moshers moving right from the start, how Tarantino had tons of energy and a Black Flag cover, how Grim from Belgium did a great job creating an uneasy but very moshable atmosphere, how Run Like Hell played No Spiritual Surrender, how Bloodtrial and Embrace Destruction did their thing while the entire crowd seemed to be out eating, how Kids Insane from Israel came, saw and conquered with their ultimate Dan Yemin worship, how Meet The Storm turned the dancefloor into a human hurricane with bodies flying everywhere, how local heroes from yesteryear Moment Of Truth made a triumphant, confetti filled, one time only comback with lot’s of Sick Of It All songs, how San Francisco’s finest First Blood managed to wreck three mic chords, a full guitar stack and half their drum set within their first two songs, how there were people going crazy in the pit and diving from the bar and the stair case and how an amazingly fun day of HARDCORE was had by all.

But why would we want to do that, when Bas Spierings (Bas-Scp Photography) and Niels ‘Nous’ Davidse did such an awesome job of capturing the day in images? Zeeland Hardcore Lives!

Check out ZLHC Party on Facebook for the latest news and future events.