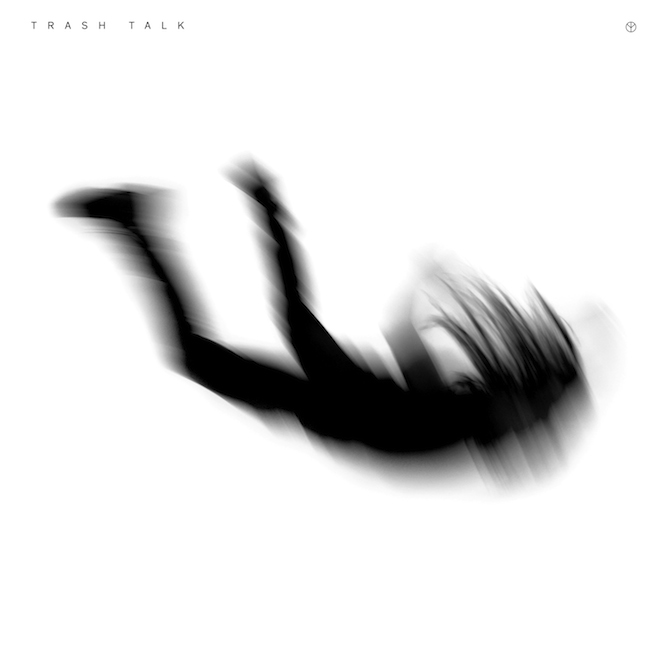 Trash Talk long awaited…. No that’s not right…. Spielman announced this record and in no-time it hit the stores. But I, and I know for sure a lot of people with me, are always waiting on new Trash talk material.

Beside the fact that this is the best way to release an album it also keeps the expectations low. After releasing ‘Cloudkicker’ my expectations hits rock bottom. The single is too slow and Spielman sounds again less raw. On 119 I couldn’t be bothered on this last point. But these points in combination with the length (3 minutes, is this a fucking opera or what?!) did me no good.

After hearing ‘No Peace’ in its whole my negative approach fell right through the floor. Within the whole album ‘Cloudkicker’ is a brilliant song and with the single release it kinda defines on a backward scale the refreshing touch Trash Talk added to their style. Cause that’s what’s happening.

When you couldn’t imagine in what way Trash Talk could ever freshen up their sound they did the least expected. Merely slowing down and lyrical more selfreflecting. Also kinda new to me is that the backup vocals are so amazingly similar to Sick Of It All’s Lou Koller. Check it out on the fantastic track ‘Leech’ or again ‘Cloudkicker’ (I, I JUST WANTED THE SKY!).

The only decline is that the faster songs sometimes sound like fillers. From ‘Bodystuffer’ to ‘Monochrome/FFS’ it sounds a bit monotonous. I off course like the harder/faster tracks but these sorta bore me. But within these monotonous parts there is a slight difference in recording quality which takes away the feeling of one record.

The Trash Talk fans who keep complaining that they suck since ‘Eyes & Nines’ will not like this record.  But the fans who like Trash Talk for their innovative style within the hardcore punk sure will like this record. It’s not the greatest release but the artwork and the for the band self new ‘path’ make this and interesting enough release!

I probably may not conclude this review without mentioning the hip hop beats on the intro and outro of the album. But I’m sorry to say that it is not that interesting. The production is great and all… but it’s just doesn’t add any sphere to the record. It sure is a cool head up to the hip hop world, and I definitely celebrate these punk rock and hip hop world combining on some levels…. but please promise us that this is the last musically combining…. we don’t want no nu-metal kind of disasters.