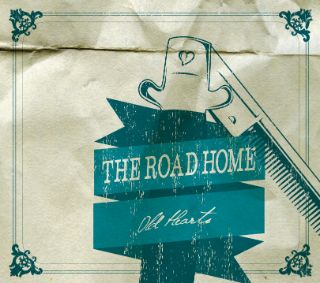 If you have ever been to the Dutch city of Enschede you might know where the topics of lost love and isolation, which The Road Home sing about, come from. It’s a typical city in the rural part of The Netherlands close to the border with Germany. It’s pretty dull and I guess as a teenager one can do two things, either go hang out on the streets or learn how to play an instrument. The guys from The Road Home choose the second option, played in various bands and then joined up for The Road Home.

‘Berlin Streets’, the first track of their self released ep, sounds like Jimmy Eat World meets The Gaslight Anthem, ‘Rainy Days’ has an Alkaline Trio vibe and the other three songs are reminiscent of The Gaslight Anthem especially ‘Old Hearts’ (which features guest vocals from Dutch singer-songwriter Tim Van Tol), later Face To Face and a hint of Against Me!

Old Hearts is a great EP for the upcoming summer. These songs just scream ‘drive your car with the windows down and feel good’. It’s damn catchy and well produced and the artwork has this vintage feel which really works in combination with the music.

I hope these guys won’t be sitting around in Enschede the whole summer, they deserve to be playing festivals in Belgium and small shows in The Netherlands before they really get on the road in autumn to conquer the rest of the world.