the Dillinger Escape Plan – One of us is the Killer 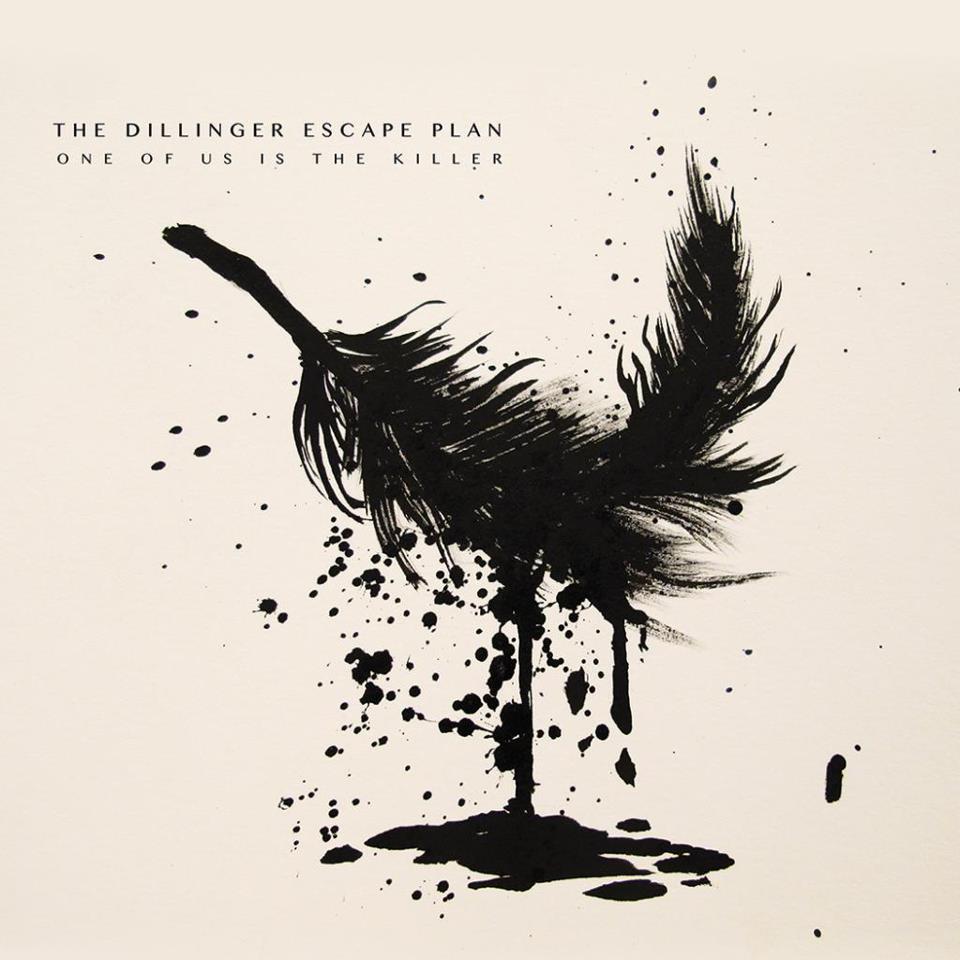 When I was younger…. No sorry that’s not the right way to start for a 23 year old. When I was at my day’s when school wasn’t that important, at least that’s what I thougt, and you cared more about going to as many concerts as possible… In those day’s a scene of screamo bands grew with the most absurd possible band names. Just think of a word which COULD have a darker intention, put as many adjectives as you can in front of it and it probably will exist in a emo/scream outfit.

The bad thing was that these bands kept popping up at the good punk and hardcore shows. So after a few years seeing the most moronic bands I grew a distaste for support acts. In these years incidentally I saw the Dillinger Escape Plan on many posters and thinking ‘geez this must be a horrible band’. Hell I was young, I even thought thanks to this band Dillinger Four could never be an awesome band either. For this I still bear the tiniest grudge against DEP (yep I’m now in a position where I start calling them DEP).

Years later, when I’m already into Dillinger Four, a friend of mine starts mentioning DEP stating that if ‘I’m so into Converge you’ve gotta love DEP as well’. Being a friend who can be trusted blindly when it comes to music, he actually got me to listen (and later on) purchase ‘One of us is the killer’.

How wrong could I have been? Keep in mind that I was still counting on an emo band when I heard the first tones of ‘Prancer’. So when the first 5 seconds pass and Greg Puciato expounds ‘One of us is the killer’ with a brutal ‘How could it all be?!’ Immediately I felt terrible for my earlier thoughts on this band. Immediately I heard that this band is so much more. Later, on that same ‘How could it all be?!’ I’m certain that this is record is going to be one hell of a spin!

After this rough welcome the band  rampages on but this time with jazzy kind of patterns, mixing with the same aggression as opener ‘Prancer’. Between the outbursts in ‘When I lost my bet’ the band knows to abruptly break down but manages to make the switch from almost metal to these more mellow rhythms quite subtle. So subtle that on one point I fail to notice that we’ve switched to the next song. The third song is the title track, and it is obvious why. ‘One of us is the Killer’ is such an amazing song, a song which sticks right away. You only need one chorus to keep singing it all day. And that dude CAN sing! I mean I knew after two songs he can sing, but I think even my girlfriend would admit that at this point we’re listening to a good voice…

Four songs further and I’ve been impressed. We head on with ‘Hero of the Soviet Union’ which gives me thoughts that there could be a political message. Second time I heard it I paid more attention to the lyrics, and I noticed that it’s a really cool equation…. Just check it out yourself.  Good song, and again a fine lapse to the next song. That singing voice comes back and you’ll be singing along again before you notice it for yourself.

‘Understanding Decay’ follows this melodious song ‘Nothings Funny’. This starts out with a softer but brilliant drum pattern but ends out in a controlled chaos of the same pattern intertwining with some mental guitar pieces. After a breakdown Greg’s holds a grand finale where the drums keep getting more aggressive. At the exact moment when you start thinking ‘Hey! Don’t you guys push it too far now!’ the song ends.  Great timing and the speed and volume drops…..there’s our old friend ‘melody’ again.

At some point you will reach ‘CH 375 268 277 ARS’. I know this is going to sound cheesy but as soon as the first impending tones  of this instrumental reach your ears you’ll fall in some sort of trance and at the end you get pushed back to reality in the hardest kind of way. Can’t wait to experience this live… From this point the band decide to get it finished in full gear.

‘One of us is the Killer’ is a dynamic, musical intelligent album. It’s dynamics, paranoia and melodies teaming up to create this sort of wall. And when you catch a glimpse of light through that wall, DEP fills this hole directly with anything, or better, everything they got. There is only one thing left for me to do and thank my pal for recommending DEP. Meanwhile I’ve given a few older albums a some spins and am sure both the older and the newer fans (like myself) of DEP will love this record. Well I’m out… I’ve still got some Dillinger catching up to do!