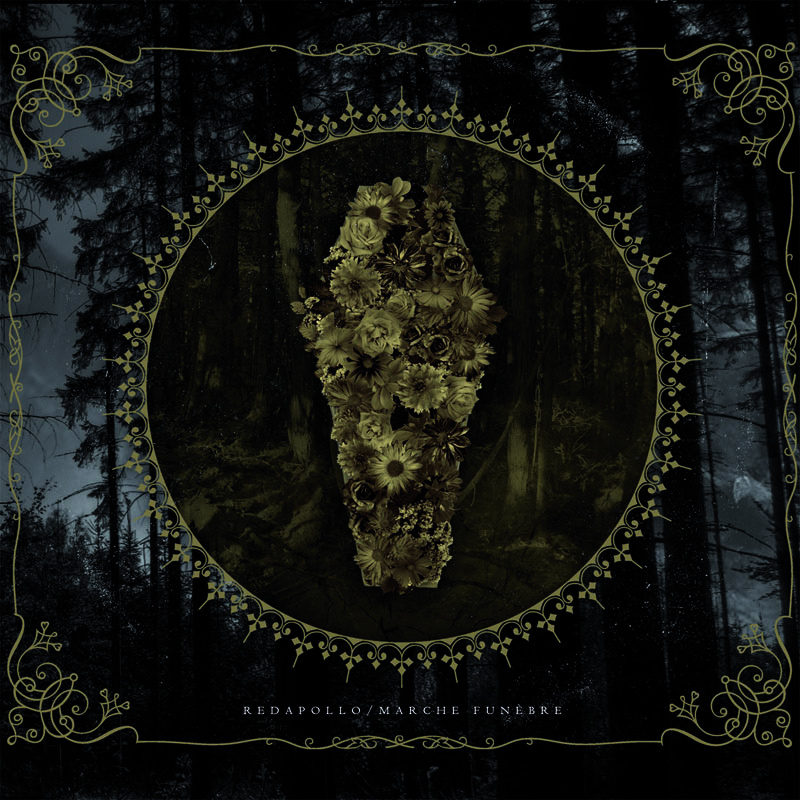 Dortmund is the grey place Red Apollo operates from. After a limited EP, this album ‘Marche Funebre’ is the first proper outfit. In the six songs they picked the sound and atmosphere of Cult of Luna and Amenra but kept the songs much more compact. The hardcore approach paid off, since songs like “Siope” and “The Vow” directly kick in and due to the groove stay interesting.

‘Black Feathered’ starts a bit slower, at the moment the melodic guitar line comes into the wall of sound the future looks bright and grey at the same time. Hope versus desolate situations. The vocals are not so high pitched as normal in the genre; somewhere in between a scream and a growl. It fits the hardcore character of the music even better.

‘Ordeal’ is total Amenra worship but as long as it is played in a convincing way I totally can’t complain. The six songs are over before you knew and leave you begging for more. Try to get ahold of the splits with Sundowning, Gottesmorder and one that will be released in the future. The trilogy Transgression is spread out over the different waxes. I prefer this album since this one is a longer ride with six pieces.

Props also to the cover artwork; it contains a coffin full of flowers in a circle with a vague picture of a forest in the back. It visualizes the music and death screams perfect.