Pennywise – All Or Nothing 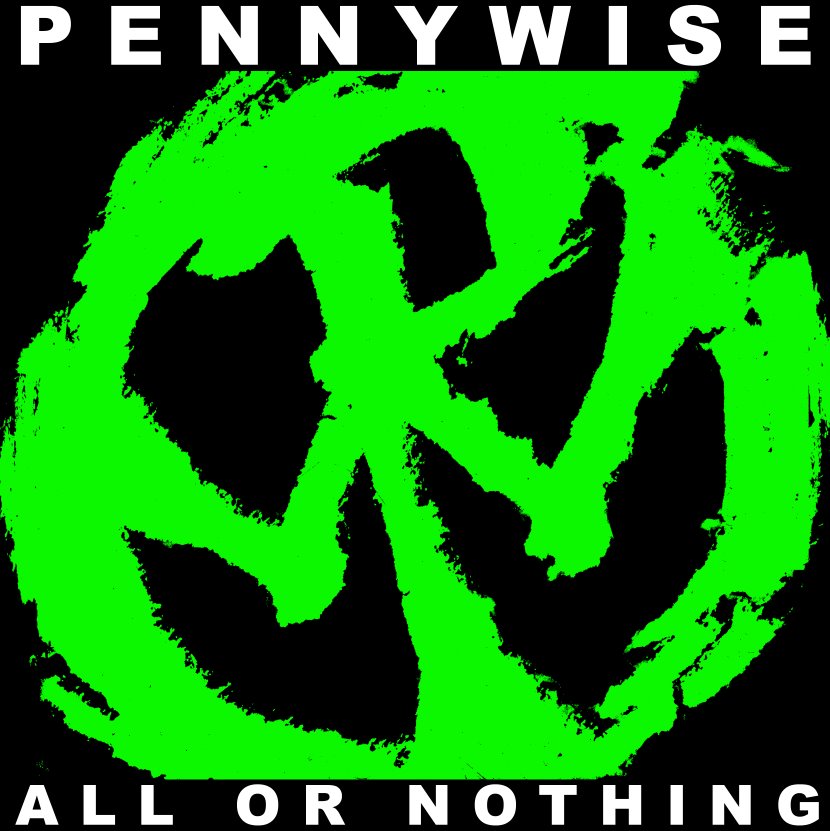 When I was introduced to hardcore I asked everyone for tips on what bands to check out. Religiously checking out band after a band on endless lists you kinda got an idea of what you like and what not. Ignite was never on any of those lists. And while in theory I should like their stuff (sung vocals are my kinda thing), I never bothered to properly check them out. The songs I did hear just didn’t do much for me. And now Zoli (Ignite’s singer) is singing for Pennywise. Another band I never properly checked out. I absolutely LOVE Dookie, Enema Of The State is a great record, but while every time I hear a Bad Religion, NOFX, Lagwagon or Millencolin song I hear myself thinking “I should listen to this more often” I never do… And the same goes for Pennywise. I don’t think I can actually name a single song aside from “Bro Hymn”, which was horribly raped in every possible way mankind could think of. Still a good song though.

So let’s just say I’ll go in as fresh as they come. This will not be the review that compares it to previous records. You can probably check out a zillion of other sites for that review.

All Or Nothing starts with the title track. A quick bass line and then Zoli starts to sing. First thing that comes across my mind? The Offspring. Call me crazy but it really sounds like The Offspring to me. And while I’m not a big fan of The Offspring’s later records, it doesn’t sound bad at all. Second thought? The same thing all the punk rock reviews say (I’ll plead guilty too) ‘Great soundtrack for the summer’ or ‘This would be stuck in your walkman until the tape was worn out, if you still had a walkman’. And I have to admit, both thoughts stuck with me for the entire record.

While most songs more or less blend together (which is meant as a compliment, the quality of the tracks is pretty consistent), Let Us Hear Your Voice stands out. It’s the single and could easily be played on the radio (I would welcome it). It sounds polished enough. The entire record does. A song like Seeing Red is a little bit rawer, but still well within the radioplay limits (if they censor the “Fuck off and die line” that is, haha). Either way, the sound is perfect for these songs.

All in all I can’t speak for the die-hard Pennywise fans, but I did really enjoy this record. I have to say the artwork is pretty boring though. Aside from the Pennywise & Epitaph logo there’s not a single image on there. And while I’m all for minimalism and you can do great designs based upon typography this seems thrown together in a hurry and really uninspired. Steve Martin came up with the concept, layout and design and I would love to hear the ideas behind it. Maybe it’s a tribute to an earlier record or something and I’m completely missing the point. But like I said, I dove in completely blank.

You can listen to the entire record below, so give it a spin and judge for yourself. I just know that if a young kid comes up to me asking about punkrock, I might just dub em a copy of this record, to go along with the classics. And personally I might just need to revisit Ignite and Pennywise… If only I had a bit more time to listen to everything. Still so much good stuff to discover.