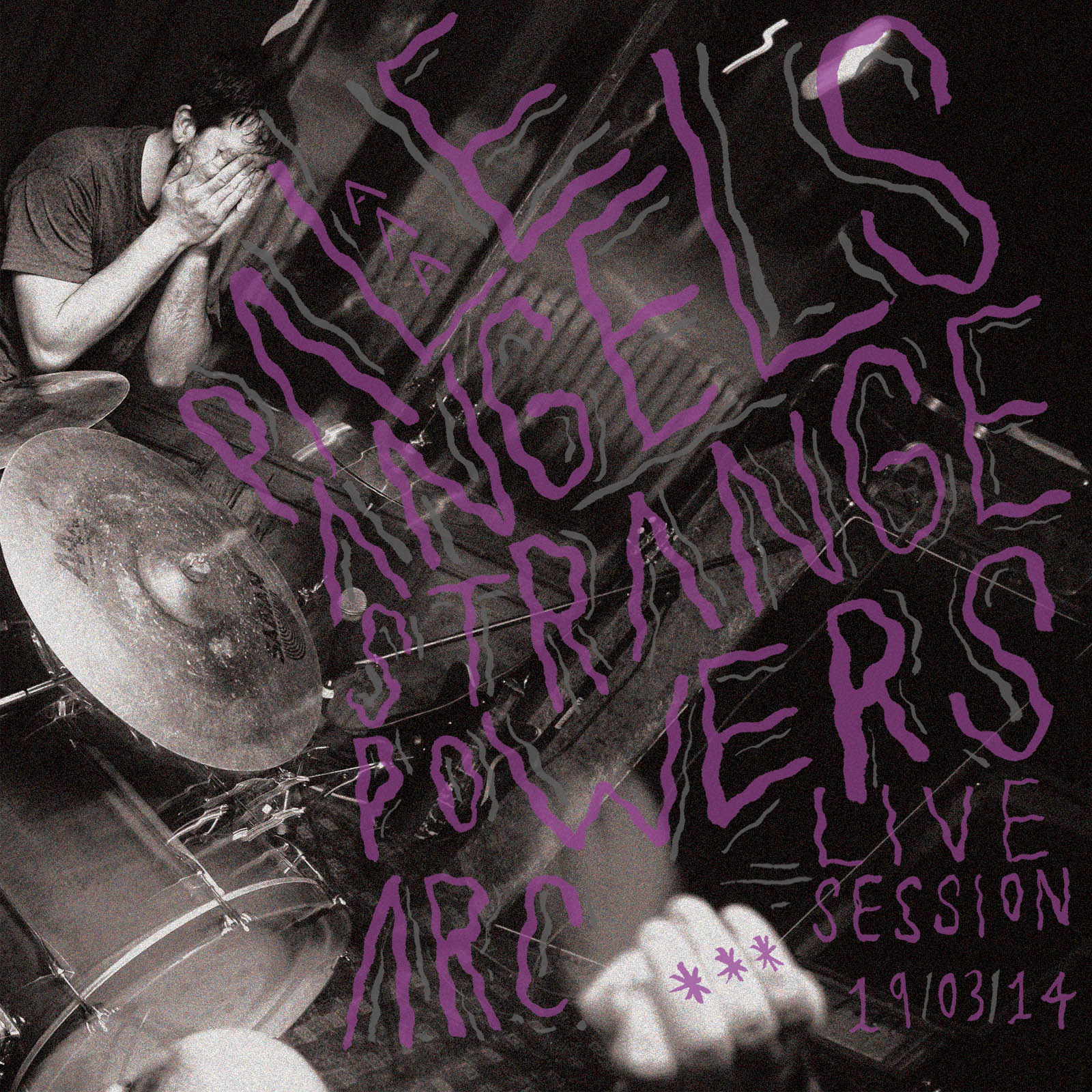 When I interviewed Amsterdam Recording Company earlier this year they told me enthusiastic stories of Pale Angels who had recorded a couple of songs at their studio recently (March). When we received the request to review Strange powers, the result of that session, it was an easy choice, even though I had only heard vague descriptions of the music Pale Angels play (this stuff is great is about as precise as it got…): this is mine!

The press sheet mentions a mixture of Ramones, Hüsker Dü and the 90’s Seattle scene grunge. Now, when people start talking about grunge influences I expect something like Daylight (ok, ok, Superheaven), Basement or Client., but Pale Angels have listened to a whole different kind of grunge. This sounds more like a punked up version of early Nirvana perhaps. Nirvana never was my favorite band of that era and I really can’t listen to their music anymore, but Pale Angels manage to pick out just the good stuff from early Nirvana, only to mix it up with up-tempo punk and a small dash of rockabilly. The end result: catchy up tempo songs.

As this EP is recorded as part of the ARC live sessions I expected to listen to a couple of songs from Pale Angels debut album played in a live version. That is not the case, though. On this EP you’ll find three brand new tracks and a cover (Crazy rhythms, originally by The Feelies). The live part really comes back in the way this record sounds. It’s as if the band is playing in your living room. And that is just awesome! A difficult part of recording is transferring that live-energy to a studio recording. There’s so many bands that sound so much better live than on record… I can’t imagine Strange powers sounding even more energetic, though. I even checked if Primal play sounded a bit alike. It didn’t. I can only recommend they record everything the way they recorded this!