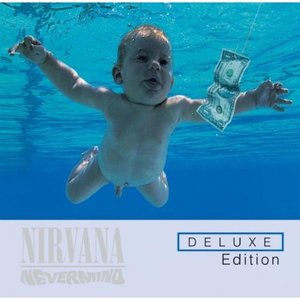 As you might have read in my review of Live at the Paramount, Nirvana is my favorite band. And if Nirvana never recorded Nevermind I doubt I would have had ever heard of them. Nevermind was their big breakthrough and the waves they made with that album ended up reaching the 9 year old me a couple of years later. And with me tons of people around the world. People always talk about albums that shaped their lifes. Nevermind is one of them. Not because of a million dollar advertisement campaign (Geffen Records didn’t expect sales like this at all, the first pressing sold out in no time, as did the second etc… They’re still talking about ‘Post-Nirvana’ in the music scene for a reason), but simply by sheer impact. Everything came together, they were the right kinda band, at the right time and the right place. Nevermind is damn powerful and pretty much a perfect rock record. Let’s just all agree on that. So with that out of the way, what’s up with this 2011 reissue?

Maybe you already looked at the rating below and you might have been surprised. You would have expected me to give a 100% score right? It’s Nevermind… and then some! Well, let me try to explain. Nevermind in itself is an amazing album. A classic. A 10/100%/A, whatever. But we’re talking about the 2011 reissue here. And while there’s a lot of good stuff to say about it, there are some problems with this one.

While I have no doubt the general pop rocker out there will love this Deluxe edition, the ‘hardcore’ Nirvana fans (While I hate the word ‘fan’, it’s safe to say I’m one of them) are pretty split up over the Super Deluxe Edition. Why? Let’s see:

There’s more to complain (you can talk about the price too, but there’s always to option to pick up the 2CD set and the Blu-Ray instead of the boxset for instance), but that’s more or less what I feel are valid points. So what about the good stuff I hear you think, there’s good stuff too right? Of course there is.

So all in all, it’s not bad. But when they announced that the Super Deluxe edition for the fans was going to be 4 CD’s and a DVD (without announcing what was going to be on it exactly), expectations were just way too high. People were expecting the moon and in the end the ride just didn’t went that far, but we might ‘have floated around and hung out at some clouds’ (I should have kept this terrible forced reference for a possible In Utero deluxe…). You get an amazing album plus some great new stuff. Take the (valid) complaints in account and you might understand my 80 now. Maybe you don’t. Doesn’t matter.

I know that’s quite a lot of words on a record… but when it comes to Nirvana I can go on and on and on and.. you get the picture. But let’s keep the closing thoughts short: I know I like this release a lot. Could it have been better? Yeah, for sure. Is it terrible? Absolutely not. It also shows Nevermind didn’t age one bit, even after 20 years it’s still valid and better than most releases out there today.

Let’s hope they evaluate this release, learn from it and make In Utero‘s Deluxe edition in 2013 (Let’s not doubt such a version will be released) all that it can be. Complete Live & Loud show maybe? If you want to stretch it a bit, how about a soundboard recording of You Know You’re Right at the Aragon Ballroom? Yes, thank you please.

I’ll leave you with some videos to show Nirvana were a punk band, they didn’t play by the rules. They’re all Nevermind related (and if you ask me, they should have been included in this box some way or another), so they fit right in with this review:

They were supposed to playback Smells Like Teen Spirit, the band wanted to play live which they were not allowed to. So they went all over the top with this version.

This time they were supposed to play Lithium (as announced by the host), once again, they had other plans.

They were supposed to play Smells Like Teen Spirit if I’m correct. The band wanted to play Rape Me, but that wasn’t really what MTV was looking for. Can  you imagine? So they agreed upon playing Lithium. Not before playing the opening chords of Rape Me though. Also note Krist knocking himself out with his bass at the end and Dave calling for Axl Rose haha.

In this review I talk about both the 2 CD Deluxe edition as the 4 CD + 1 DVD Super Deluxe edition. There are also 4 LP vinyl , 4 Picture Disc LP and Nevermind (Remastered) 1 CD versions available. So pick your poison.