Light It Up – State Of Mind 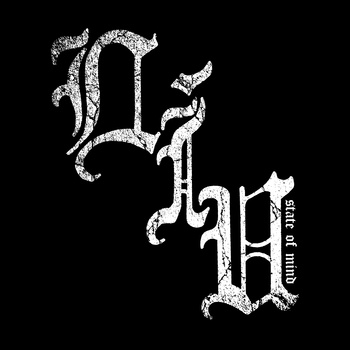 From Weißwasser, Germany comes this fine hardcore band Light It Up, who have been paving their path since the release of their debut EP State Of Mind. One year and many shows further it’s about time to have a listen to this recording.

The band has released some stuff in the meantime and played shows with the likes of Final Prayer, Risk It! and Hoods. This EP came out in 2011 and marked the start for these guys. They’ve moved on from the raw and abrassive sound of this first release to a more heavy, oldschool sound that can be heard on their new EP called Dog Days, which is out on Farewell Records.

After a dissonant sounding opening, the heavy, pounding riffs of ‘Desire’ burst out of the speakers. Slowing down for some grooving moments with some heavy hitting on the drumkit, the new burst of anger comes out accompanied by hoarse, barked vocals. Generally the band has a dark, distorted sound on this EP, which songs like ‘Legacy’ and ‘Cursed’ are an obvious witness to. The bleak sound makes way for a very black and white sounding band, which is not necessarily bad.

Musically these guys sound a lot like their German contemporaries like World Eater and Risk It! with their old school sound. There is still something crisp and fresh to that though. ‘State Of Mind’ has some guest vocals by Marcel Stach from Built On Trust. This song just sounds more raw and furious, but also more jagged and messy in its recording. Nonetheless, it’s a good piece of old school hardcore worthy of a few spins. On top of that, it comes in a lovely blue vinyl, with a pretty sleeve. It’s just good old hardcore.

Band: Light It Up