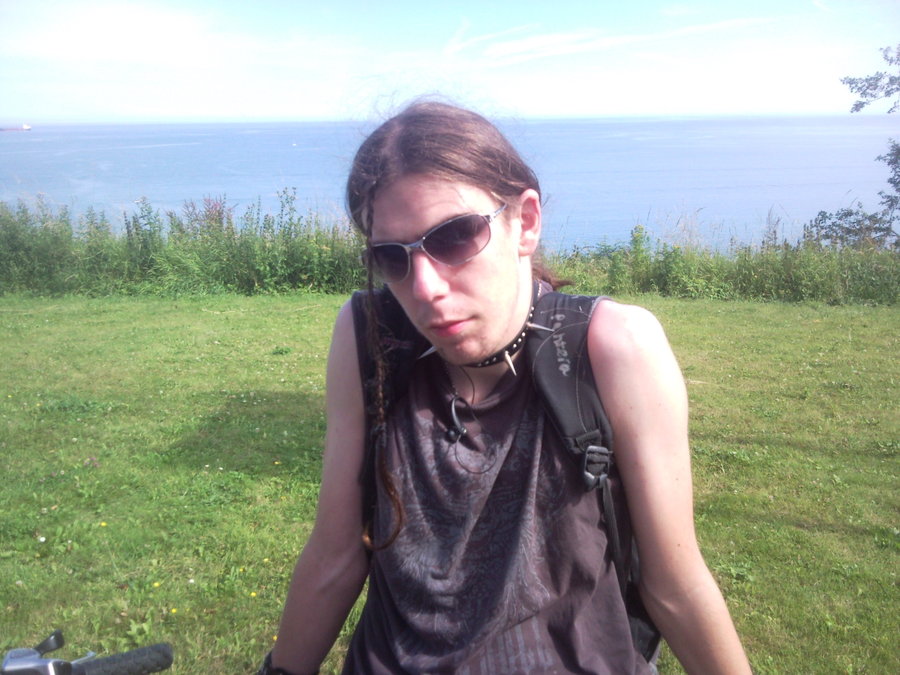 Yeah yeah it’s me again, and no I’ve not got anything to offer as original and witty as that Your Demise review. Boo Hoo. Those things are once in a blue moon, if I fired on all creative cylinders like that all the time I’d be a millionaire right now rather than sitting here jerking off in my mouldy calvin kleins. Instead here’s another fat slab of me talking smack on piece of shit euro bands. Cry about it.

Surprisingly, I didn’t think 12 minutes of Black Veins would be particularly hard to sit through. I suppose it just goes to show how long it’s been since I bothered trying to listen to anything that falls into the ‘Grind/Hardcore’ subgenre. I think I lost complete interest about 20-30 seconds in and began imagining all the ways I could better spend my day off. Like alphabetizing my jackets by brand, rinsing out my plug sockets, or re-watching Traffic Cops UK to fill in the 20 minute gap I missed while talking foreign policy with Joseph Kony on Skype last night. The record sounds like a 12 minute yawn. There’s about 3 notes in the entire fucking thing. If those 3 notes were palm muted, we’d be onto a winner, but instead they’re just rung out ad nauseum while some twat in an Iron Monkey shirt harps on about misery, darkness, horror, being sick, runny poos, richard littlejohn, etc. The whole thing is the musical equivalent of walking up a flight of stairs when you’re really tired. I’m sure they’ll do really well for themselves though because idiots appear to like boring music.

When did heavy music get populated by such pussies? You used to have the likes of Metallica, Slayer, Pantera, Obituary, etc. Even the girly bands like Motley Crue and Def Leppard could catch hepatitis/beat up their wives if they put their mind to it. I miss seeing and hearing about bands setting fire to anything in their way, drinking their own body weight in liquor, catching gonorrhoea from a monkey, crashing planes while fucked on ketamine, etc. Maybe I’m just old, but when I listen to heavy metal I want what it says on the tin. Take this piece of shit, Aello. They sound like all those synth-heavy romanto-core bands you had round the early 2000s that suddenly became acceptable because AFI had people moshing in a music video. Social retards, normally inhabiting the worlds of EVE Online and doing ‘Trent Reznor style projects’ on pro-tools, suddenly came out the woodwork and thought it was OK to pitchshift girly vocals over riffs about as gay as a baby in a knife fight (see also Dead to Fall, Remembering Never, From Autumn to Ashes, Underoath). If you have a discordant riff, it needs to be tinny as fuck, full of treble, and have lyrics over the top about either injecting heroin into your eyes or about how AIDS-nukes are going to fuck Amerikkka in the fanny. Similarly, if you have bottom ended, china-rinsed mosh parts, don’t go with a gang shout like ‘don’t come back’ cos you just sound angsty and wet. Thinking about it, it’s strange that you know exactly what the lyrics are about without even making the words out. Sort of like how you know a Kickback song is about strangling women even if it’s being sung in French. The only thing that could make this band any worse was if they were Christian and the love songs were about Jesus H Christ.

Extra note: these worthless plebs didn’t even supply a record/download to review, they just linked their facebook page. Which makes them even bigger cunts in my eyes. ‘Oh oh we’ve not even got a record ready but review us as a concept.

I don’t know if The Hardest Season are musically retarded, or they have inadequate PR, but I was very surprised to listen to them and hear a band that sounds like American Nightmare. As far as I can remember, American Nightmare weren’t a metalcore band. Unless all this time I’m actually living in some sort of mental institution and every musical development of the last 15 years has been a figment of my damaged brain. Which, after some consideration, would go a long way to explaining a band like Animal Collective. Anyway, this band sound A HELL OF A LOT LIKE AMERICAN NIGHTMARE. In actual fact, if you put an American Nightmare song beside a Hardest Season song, any random one, you will actually be hard pushed to tell the difference. It would be a bit like giving a glass of pepsi and a glass of tab clear as a taste test to a colour blind man or a dog (a trick question, they both taste like a tramp’s bell end). Now, this being a metalcore reviews column, I’m somewhat disappointed that there’s none of the wailing and double kick that I’ve grown to love. But it’s a hell of a step above the other shit I’ve had to listen to this week. They’re also by a long shot the best italian band I’ve heard since Purification, which is a bit like saying boat shoes are the best development in hardcore street wear since pedal pushers.

Pray for Locust – Into the Ocean

This band is retarded. They have a vocalist that sounds like he’s getting raped, they have the same riff throughout the entire song that sounds a bit like Killswitch Engage with just enough wiggerslam to give it a bit of swagger. Unfortunately, as seems to happen every other time I try and review a fucking record, the download code has expired so I’ve only been able to listen to one song on youtube. So I imagine the rest of the EP goes a little something like this:

I hope there’s no more than four fucking tracks because I’m all out of humour. (arguably I ran out before I finished this piece of shit)

Thanks for reading, next time if there’s not a mosh part that blows my balls off I might well commit sushicide.