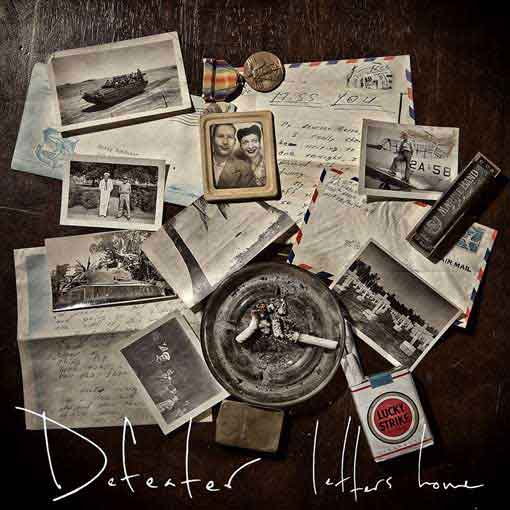 And the story of two brothers continues as Defeater releases their third full length. Letters Home revolves around the father of the brothers giving a background to the character and seeing some of the events from the past albums through his eyes. This fact alone makes Defeater stand out from a lot of hardcore bands. Some can do a concept album, but being able to take that storyline and sit it out for three records is quite a feat. Most of my favorite hardcore bands hardly managed to be around long enough to release three full lengths: American Nightmare, In My Eyes, Count Me Out etc.

In many ways Letters Home is a return to the more straight forward approach of Travels. It’s hard, direct, heavy and aggressive. Where many might have expected an even more melodic and experimental record after Empty Days and Sleepless Nights Defeater surprises with a full on assault. Opener track ‘Bastards’ is a great example.

Like all Defeater albums it takes some time, at least for me, for all the songs to really sink in. But damn it is good. George Hirsch from Blacklisted makes a guest appearance on ‘No Relief’ and by listening to it one can only come to the conclusion Blacklisted should write a hardcore record again.

Where most of the songs follow the basic hardcore formula the record ends with the impressive emotional six minutes of  ‘Bled Out’.

Letters Home is perhaps a less experimental record for Defeater, but it’s very effective in it’s execution and maintains Defeater’s status as one if not the best melodic hardcore bands around.