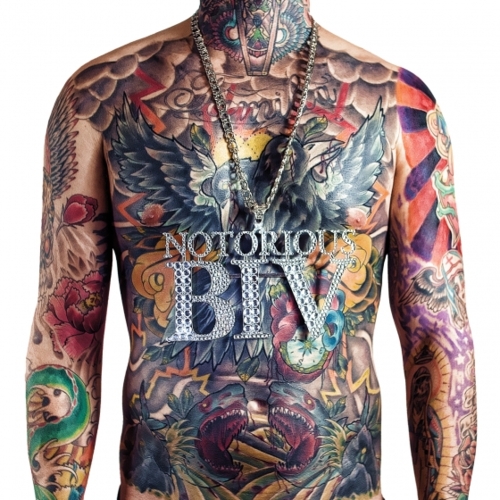 There’s something about these Australian bands and the way they get a clean sound and still sound totally bad ass. Buried In Verona is no exception to this. The band from Sydney has gone through some turbulent times, exchanging members to the extent that only singer Brett Anderson is a continuous member since 2007. They are however back after two years with their third album Notorious.

The sound is still the familiar blend of metalcore, hardcore and a twist of deathmetal. It also displays some of that gangster vibe you hear in the music of fellow countrymen Deez Nuts. The music sounds more like Parkway Drive,  August Burns Red or Dream On, Dreamer. Do add the balls of 50 Lions and Carpathian to the mix and we are nearly there.

‘Maybe Next Time’ starts the album of like a wrecking ball, fast and intense breakdowns are followed by a jagged sound that gives the idea this is gonna sound pretty hardcore. Then there’s some synths and gangshouts and we’re on a roll. Grooving and powerful the album opens, but on ‘Four Years’ we already have the comedown. Stretched out atmospheric bits with soft, emotional singing and by the time we reach ‘Miles Away’ we’re back to a physical state without any adrenaline pumping through ones veins.

Now, this overly emotional stuff sounds pretty cool and still gritty in the parts of songs where the band reminds you of Touché Amore, but it pretty quickly becomes The Amity Afflication and with that it’s losing its cool, unique sound. ‘Lionheart’ actually is a song that reminds you more of a powerballad. I really don’t object to the softer, emotional sound but in just five songs we’ve gone from brutal, braindamaging metalcore to something that would sound good on a Jimmy Eat World album.

And then we start anew with ‘Couldn’t  Give 34 F***s’, which is raw and aggressive again. The remaining songs all have more a post-hardcore vibe with synths and clean vocals mixed in with the brutal short bursts of metalcore. Though it’s very well produced and generally a cool album, it sounds confused and incoherent, as if they tried to please to many listeners. That never really works out.