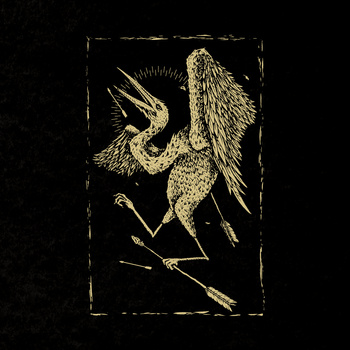 From the troubled nation of Israel hails the band Barren Hope. They’ve released a record that is so dark and gritty that it blocks out the burning sun over the Oriënt. Alright, a bit dramatic, but Anaffa is a force on its own that is well worth a listen.

The band comes from the town Haifa and is part of the interesting scene that also brought us Kid’s Insane. Their influences seem to be a lot broader than the basic hardcore sound, drawing inspiration from the likes of Alpinist, His Hero Is Gone and Tragedy. I guess that should already tell you that one is not about to listen to a joyful happy record. Regarding the origins of the band, not that surprising I suppose. They guys were active before in the likes of Friday Night Sissy Firght, Ha’Beit Reik, Knifed and Sckhinn. Their record company is actually an art/graffiti/music collective. Pretty cool huh?

“I declare war on everything, that has been rotting for years” That’s the kick off for the album. It feels like the absolute truth when Gil Hazan spits these words over a tapestry of gritty guitarworks on ‘Samsara’. This band expresses genuine feelings in their songs. harking a bit to the work of Touche Amore. However, the band has no problem taking the blackened sound like that of Early Graves. Add to that the driven force of Bone Awl and we’re getting to the sound of these guys. ‘Sinking’ maybe draws that Touche Amore comparison, due to the phrase “We are the water, parting the seas”. It’s an energetic track with a lot of tempo shifts and the rattling bass of Ofri Krischer keeping tensions up.

In niche styles like blackened hardcore or crust creativity can seem minimal, but one can here various interesting influences in these songs. ‘Footprints In Sand’ lets us here a mesmerizing riff swooping through the song, generating a bleak atmosphere, mostly heard in driven sounding black metal bands. ‘Sumbission’ lays down the heavy doom riffs and creeping bass lines that make it a sludgy, unholy track. That’s pretty much what ‘Halls’ continues with.

By the time you get to ‘Crowns’ this album might have started growing on you. The riffs and moods clearly have that feeling of Alpinist or a slowed down Dropdead to them, though the band never loses sight of its accesibility. The sound feels clean, the listener can follow where the songs are going. On ‘Foundations’ the band gives it all again, taking the time for a long intro, and then going on full fury. Gangshouts, and a continues burst of sonic violence closes the album. Bleak though it is, there’s definitely more where this came from.