Banquets – Spit at the sun 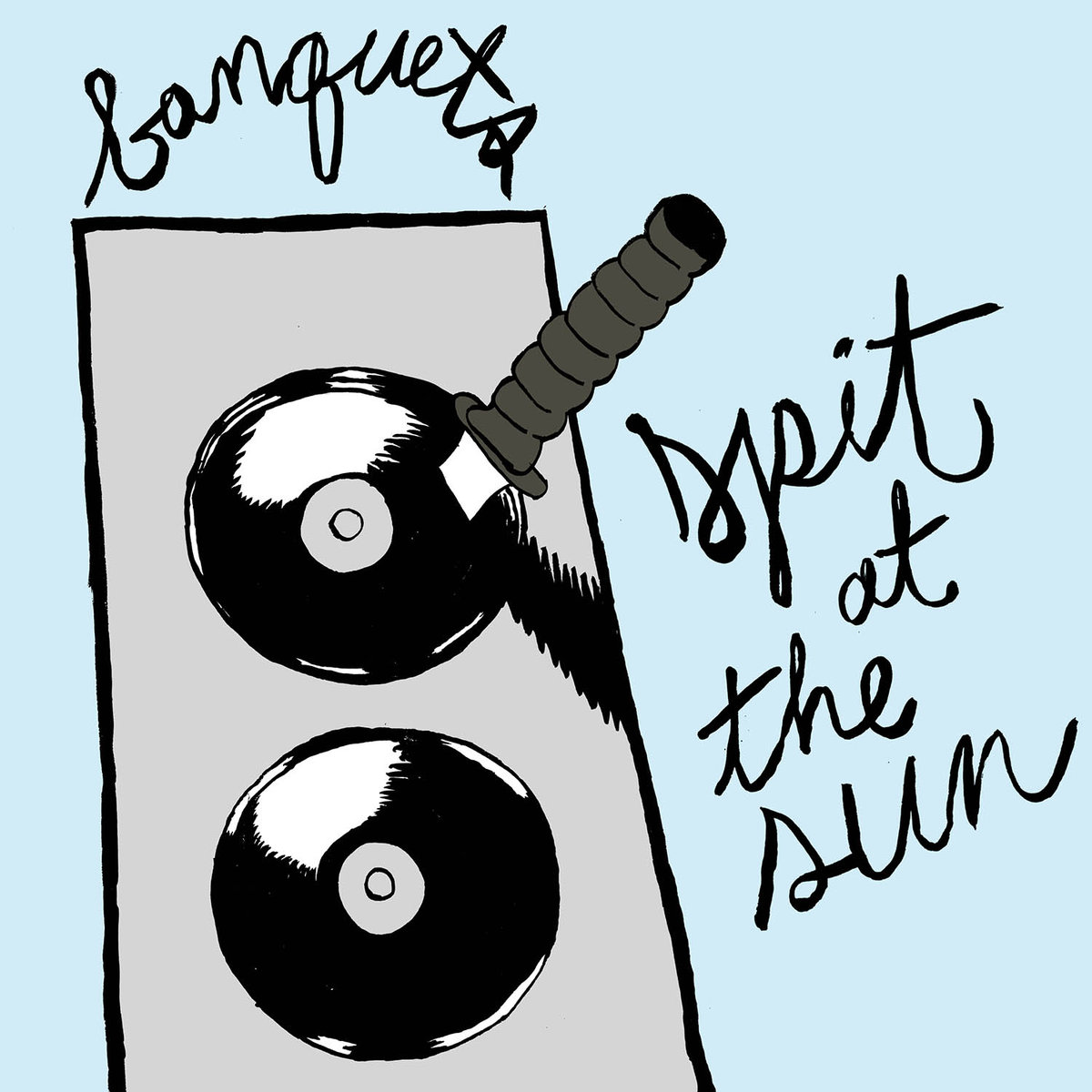 Banquets is saying goodbye with Spit at the sun. Yup, they’re calling it quits. And that’s really a shame in my book as the band has released some top notch pop punk songs in the past. Let’s look at their history for a second. After a couple of really sweet EP’s the band released a debut that couldn’t live up to it’s potential. The self titled second album however proved the band belonged to the top tier of their game. A status they prolonged on the split with Nightmares For A Week. And now the machine comes to a halt with Spit at the sun.

I’ve had some difficulty reviewing this album. I am a bit disappointed by the album to be honest, but explaining why isn’t that easy. The band is still writing and playing music according to the path they laid out for themselves from the very start. They haven’t changed their recipe of melodic punk with heavy The Gaslight Anthem influences. Travis Omillian is still a great singer. The band hasn’t slowed down or added strange, new influences. However, as we have seen in the past following this recipe doesn’t equal instant success. There’s really not a song on this record that I don’t like, their all pretty good actually. But… like their debut and unlike their self titled second record this is just background music to me. There’s not a single song on here that makes me look up from what I’m doing and urges me to sing along or focus on what’s going on.

And that hurts a bit. You know the band can do so much better than what they’re bringing on Spit at the sun, but you also know this is it. So I’m a bit sad to see the band go with this album as their final effort. I guess we were spoiled with the excellent material the band released earlier.