Amenra / VVOVNDS – The Abyss Stares Back #1 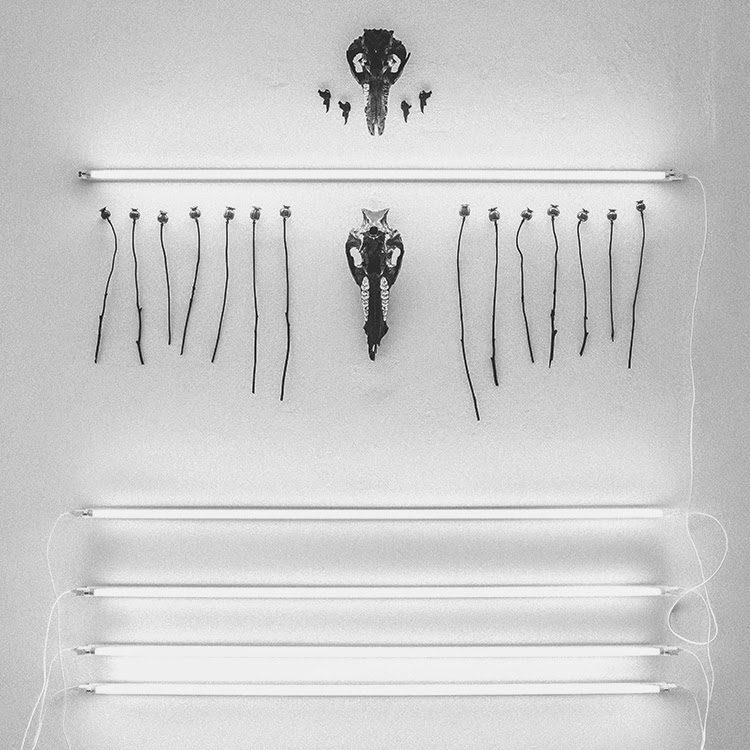 The Belgium label Hypertension Records has taken it up with themselves to pair awesome national acts for a series of splits called The Abyss Stares Back. Topping of the list of beautifully packaged records is Amenra together with VVOVNDS.

The Amenra half of the record has three songs, a shortened version of Mass IIII ‘Aorte. Nous Sommes du même Sang’ and two songs of their Afterlife EP. Instead of going for the massive sonic wave of brutality complemented with intricate soundscapes, the band opts for an acoustic approach. This works perfect, but the main surprise is the aforementioned ‘Aorte’ song. Stripped of its heaviness and much shorter, it doesn’t feel any less disruptive or tense. This effect is also present during the other two songs but since we’ve already heard them in a recorded version it is less exciting, but still great.

VVOVNDS is a completely different thing. Five songs blaze on like Converge in the previous millennium, sounding like a modern reinvention of the H8000 scene. I love the frantic energy of the short songs with eerie guitar playing that comes to the surface on the three minutes long ‘Bricks’. VVOVNDS should benefit massively from being on a split with Amenra, this could mean more listeners for them.

Next up, Hessian with Primitive Man.