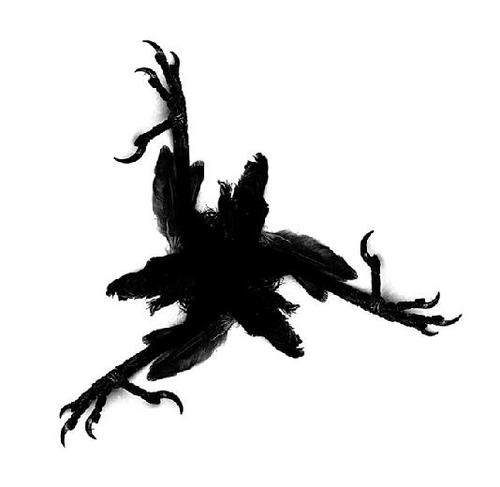 On the third day of Christmas, a special mass took place in Eindhoven. The congregation of the Church of Ra flocked together for a ritual involving Amenra and Oathbreaker.

When Throw Me In The Crater started this special evening, the venue was already filled to almost full capacity. The relatively new Dutch group has a nice thing going for them, the slow sludge has nice quicker parts for variation but above all, the somewhat higher pitched (than usual for this genre) of Maurice gives the group its edge. During their set, the band didn’t manage to keep me fully concealed in their crater of sound, but the show itself was promising.

Oathbreaker released Eros|Anteros this year, in all aspects a better album than their already great previous debut. When the group started with ‘No Rest for the Weary’ immediately followed by ‘Origin’, it was clearly recognizable what progress the band, and especially Caro, has undergone. Combining the better tracks from both albums, the band did very well.

But everyone came for Amenra, which was clear from the reaction when the band had finished tuning. Their shows are always an intense experience, where atmosphere in the form of sparse lighting, dark and brooding visuals and steel pipes for ‘Boden’ play a vital part. From their latest album only the first song was not part of the set tonight, but fan favorites like ‘Razoreater’, ‘Silver Needle.Golden Nail’ and starter ‘The Pain It Is Shapeless We Are Your Shapeless Pain’ were accepted without doubt and with total loyalty. Vocalist Colin Van Eeckhout keeps everyone close with his shrieks, while the wall of sound, be it thundering riffs or gradual build ups, never ceases to amaze. Latest member of the band, Levy Seynaeve manages to sing the part by Scott Kelly on ‘Nowena’ pretty well, but his voice pales in comparison to the American giant. But that may be the only small point of criticism one could have for this great evening.

Bands: Amenra, Oathbreaker, Throw Me In The Crater