Amalthea – In The Woods 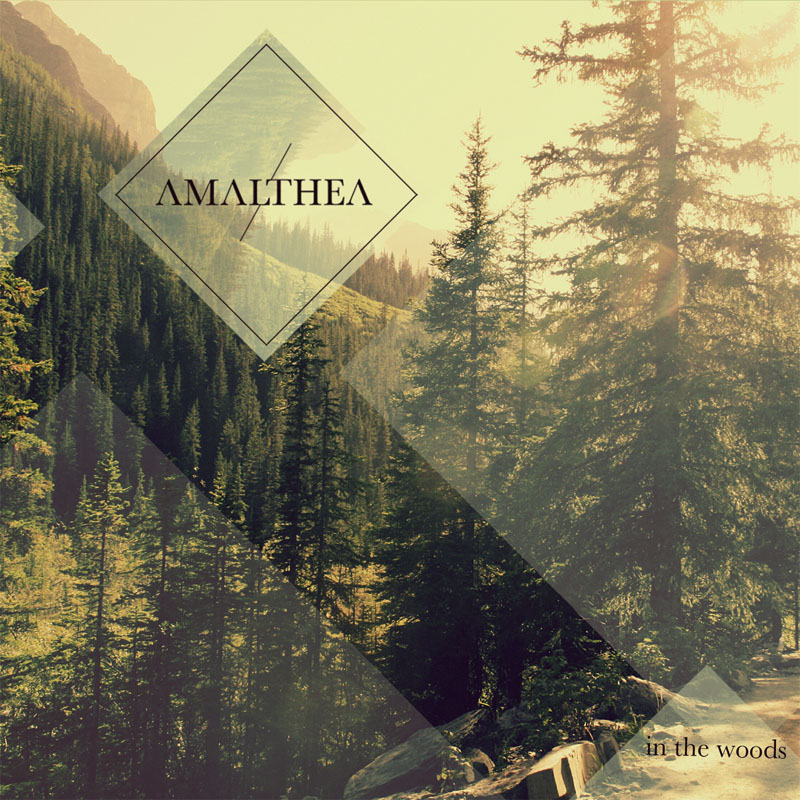 Amalthea started as a typical hardcore/screamo band and later evolved into a typical dark post metal band with the EP ‘The World Ends with You’ in 2011. Some parts on that document were really a copy of their Swedish neighbors Cult of Luna. The one sided 7 inch ‘The Fall’ (the song is also included on this album and was reviewed last year was a big step forwards in expanding towards an original sound.

That pays off on the seven song album ‘In the Woods’ that has an open sound, like you’re chilling with friends around a fire in the woods. Mostly the band keeps it calm with additional instruments like a viola, trumpet or a trombone and clean voices. Once in a while there is still that heavy outburst that prevents the record from getting whiny. If I should compare Amalthea‘s new work, it’s a mixture of Cult of Luna‘s ‘Somewhere along the Highway’ and a band like Balmorhea. Included are own ideas and songs that are well composed.

As an extra the music captures the desolateness, wilderness and loneliness Scandinavian bands have a trademark on. The melancholy in ‘Rust’ is dripping out of the speakers. The small trumpet sounds in the background give the song that little extra. The Post-rock/hardcore/metal hype might be over but if you come up with an album like ‘In the Woods’ it needs to be heard. The serene beginning of in ‘End’ marks the endpoint of this beautiful ride and I truly can say this is the best album Amalthea has written. The album ends in a subtle climax with an ambient sound slowly fading out. The fire in the woods can be put out and everyone can go home satisfied.

Moment of Collapse is proud to release this baby in 350 light-green heavy and 150 brown/gold heavy vinyls together with 1000 CDs.