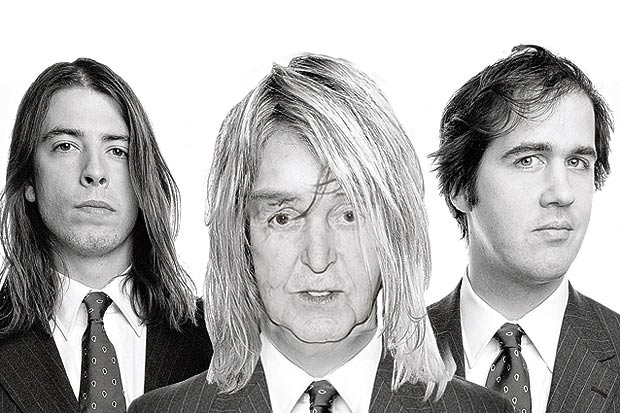 They have been rehearsing for some time and are going to play a new song tonight at the Hurricane Sandy charity concert in New York.

Apparently Paul McCartney said he rang Dave Grohl, who asked him to come along to “jam with some mates”.

Paul McCartney had suggested they “just make something up” and found himself playing with Grohl on drums, bassist Krist and guitarplayer Pat Smear (who used to be in the Germs and ended up playing in Nirvana on later tours).

He had the following to say:

I didn’t really know who they were. They are saying how good it is to be back together. I said ‘Whoa? You guys haven’t played together for all that time?’ And somebody whispered to me ‘That’s Nirvana. You’re Kurt.’ I couldn’t believe it.