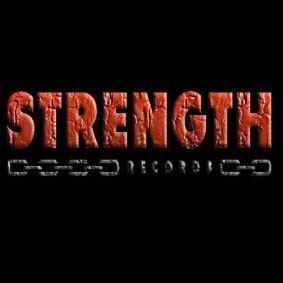 STRENGTH RECORDS
One must be insane to start a new record label in these days of ever decreasing music sales. Two guys who were there from the very beginning just pulled it off! Onno Cro-Mag and Roger Miret were brought together by the love for harcore and punkrock 25 years ago.  After teaming up on the succesfull “Worldwide Tribute To The Real  Oi!” albums they had a dream of starting a new record label together. Here we are in 2012 and the dream has become reality. STRENGTH RECORDS stands for honesty, dignity and friendship. It will go back to the times when hardcore and punk was pure and without bullshit. Back to the roots and basics of the scene and is bound to become a family for bands out of all genres.

HARD RESISTANCE
The return of the old school warriors HARD RESISTANCE (Belgium)!. Strength Records presents you their new album “Lawless & Disorder at the 19th of May 2012. HARD RESISTANCE have developed their own form of hardcore and metal with punk and crust elements, hard hitting riffs and up tempo songs what results in a massive wall of sound with aggressive, in-your-face vocals. The bands brand new songs will lead the old school term all the way to a present new sound. Guest vocals on ‘The Grand Illusion’ by BILLY GRAZIADEI from BIOHAZARD! Check http://www.hardresistance.be for more info and tourdates

COMPILATION
As a follow up of the succesfull “Worldwide tribute to the real oi!” albums, Roger and Onno now compiled a sampler with the best bands around today going back to their roots and covering the songs of their youth. Strength Records presents: “RESPECT YOUR ROOTS WORLDWIDE”. Featuring: Terror, Rancid, Napalm Death, Evergreen terrace, Beowülf, Dropkick Murphys, Peter Pan Speedrock, The Generators, The Bones, Hard Resistance, No Turning Back, Hudson Falcons, Biohazard, The Unseen, Agnostic Front, Wisdom In Chains, Flatfood 56, Good Riddance, Deafness By Noise and many many more. Release date TBA.

FESTIVAL
Other exciting news is the return of the legendary “EUROPEAN HARDCORE PARTY”!!! The date is set for the 1st of december 2012. Keep your eyes open for more info