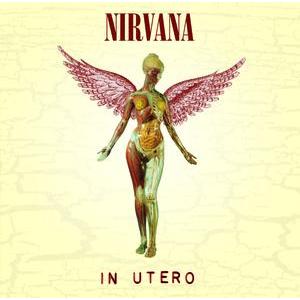 Universal have announced what people have been expecting for quite a while now, In Utero will have a Deluxe reissue coming out in September to celebrate the record’s 20th anniversary:

This is just speculation but probably a remastered version of the record (let’s hope they include the original Albini mixes), b-sides (Gallons Of Rubbing Alcohol Flow Through The Strip, Marigold, Moist Vagina, I Hate Myself And I Want To Die, Sappy etc) and a DVD of the MTV Live & Loud ’93 show. Jack Endino also posted he mixed some rarities for the release, so maybe (part of) the ’92 Word Of Mouth sessions (In Utero demo sessions, mostly instrumentals) will be included too.