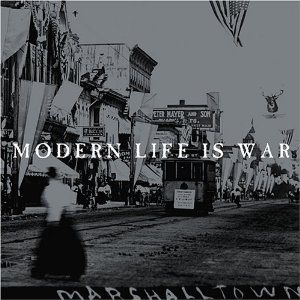 Modern Life Is War has finished recording their new album, their first in roughly six years . Recording began on May 7th at Godcity Studio under the charge of Kurt Ballou and wrapped up this weekend. A September release via Deathwish Inc. is expected. Earlier this month, the band had the following to say about the process: ‘Everything is sounding great and we are beyond excited about our new album.’