Civil War Rust sign with All For Hope records 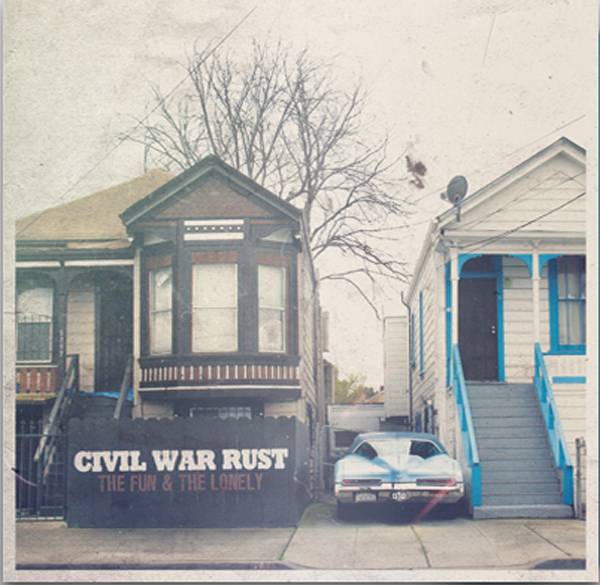 All For Hope Records (Broadway Calls, Mixtapes, The Manix and Why I Hate) are proud to announce the signing of the San Francisco Bay Area’s best kept secret, CIVIL WAR RUST. The band will be releasing their first full-length, “The Fun & The Lonely,” via All For Hope Records on March 13th. The album, which is a follow up to their Death To False Hope EP (recorded by Ryan of American Steel) was recorded by Willie Samuels (Broadway Calls, Green Day, Samiam, Pinhead Gunpowder andmany more) at Nu-Tone Studios in Pittsburgh, CA, with Ken Lee of Ken Lee Mastering (No Use For A Name, Black Cat Music, La Plebe and Foxboro Hot Tubs) handling the mastering duties. The artwork and layout was done by the infamous Tyler Gibson at Doom Toof Design.

Having spent the last couple years cuttingtheir teeth and refining their sound, and playing as many shows as they canwith the likes of Dead To Me, Cobra Skulls, Pennywise, Guttermouth, Nothington, and more, I think you will find that CWR is a band poised to blow some minds, and help re-shape a genre! Watch the official announcement video below, and keep your eyes peeled for the first music video from the East Bay quartet that will drop next week on the official release-date for “The Fun & The Lonely.”

Source: All For Hope Records